Some upcoming shows I’m playing in the Midwest and East Coast.

Oh yeah, I haven’t exactly given up on blogging, I still do it on occasion over at the tumblr. 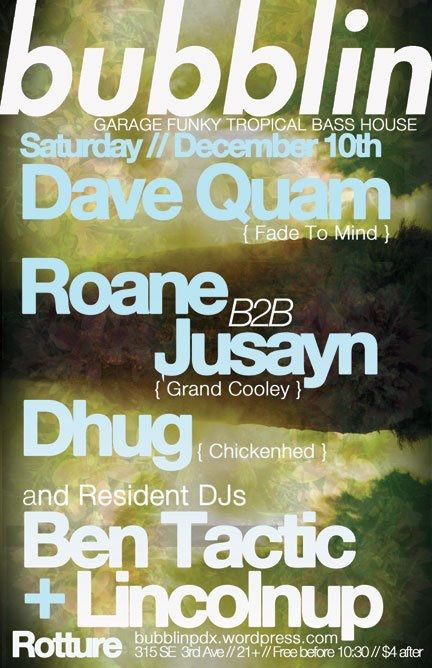 Spinning one of my favorite parties in Portland tomorrow night at Rotture. Going to drop some originals and other goodies for the first time ever. Come get wavy.

First time I heard this, in fact the only time I had heard this track in its entirety before about an hour ago, was after eating grilled cheese and drinking coffee at one of RP’s favorite diners on 39th and Western: a halfway point between our residencies. At this time, I had only met the man once, and said meeting was our little Q&A at Rainbow Beach, an event that left me even more confused about why this feet fighting shit exists rather than enlightened. We talked about music things, past and present, and he kept mentioning some song called Weekend, which he said was his favorite of all time. I had no idea what he was talking about, and when I asked who it was by he looked at me like I was crazy. Eventually I realized it was Class Action’s paean to party time, a track that I sometimes think RP samples in some shape or form on every track he has ever made. On the car ride back to my house, he had this grin on his face as he pressed play on his phone, “check this out”. At first I thought, yeah, I love this. But then the sample began to pitch up and down in these odd steps, totally breaking the rules of standard musical notation, I had to question him, “dude this doesn’t even make sense?!”. The only response I got was Mr Boo’s signature chuckle, sort of his own way of saying “I just fucked you up huh?” Ever since then, this track has remained engraved in my memory, even though I only heard it once through smartphone speakers.

What I’m really trying to say is, thank you RP for starting a Soundcloud account and blessing us with your music. Because of you, Weekend is now one of my favorites as well. Your the man DJ Boo. 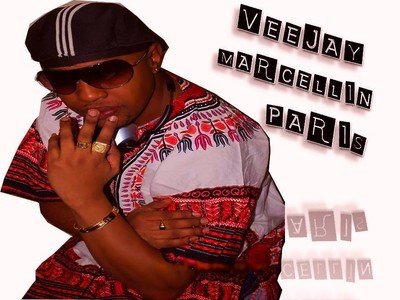 A mini-mix of madness from Madagascar, the land where Funana sounds like Changa Tuki and Haitian Rara. These six minutes last forever.

I just happened to be digging through my House collection the other day when I realized it was October, and my favorite holiday was right around the corner. I wasn’t reminded by falling leaves or heathen decorations, but rather by the sheer volume of old Chicago tracks I possess that are almost tailor-made for DJing Halloween parties. I figured I’d share a handful of them for the remainder of the month while I put together my own playlists for the parties I may or may not be spinning this year.

Tyree has a plethora of tracks for making everyone feel like a slut in a haunted house, I mean hell, Acid Crash basically has a built in strobe light and fog machine, but this one sounds like the theme song to some really sexy slasher flick that was never made. If there was a video for this, Chic would be flying down Lake Shore Drive on a broomstick. This is what witch house sounded like before art school, Oxycotton, and logograms got popular. I’m Definitely playing this one out on Halloween.

This is just crazy. Brought to us by Mauritius-born, London living DJ Angel, one of the most prominent Sega DJs of today. If your looking for a good source to get a grasp on what’s been going on in the Indian Ocean these days, look no further.

Kawina heater from Trafassi, a popular band from Suriname that has been around since the early 80s. Starts off sounding like a Dutch-Caribbean version of Boyz 2 Men, right before dropping into blissful chaos. Amazing vocal melodies, and my favorite, midi dog barks!

A super solid volume of DJ Deeon’s legendary series. More to come. Also, this is just too funny/sad.

RIP to the unfortunate member of the 22 club.

Posted in Bubbling, R and B | Tagged Aaliyah | Leave a comment 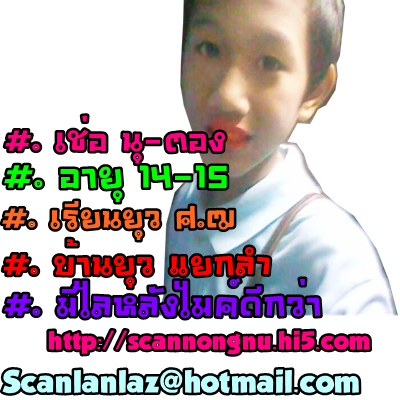 Some strange Thai kid who loves DJ Chuckie. He also makes Reggaeton & Bubbling tracks. At least I think he does, I could have just found a folder of his favorite songs, which include Roll it Gyal, Limb By Limb, and some weird Thai Dancehall ,all tagged with characters I can’t find on my keyboard. I think this one’s an original though, the Street Player sample at least being some evidence.

Posted in Bubbling, Reggaeton, Thailand | Tagged DJ Nongnuzii | 2 Comments
IT'S AFTER THE END OF THE WORLD
Loading Comments...